Can Birthmarks Leave Clues as to Our Past-Lives? 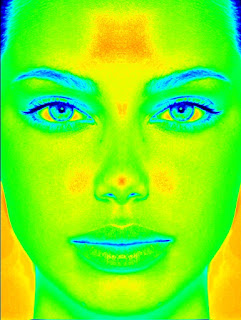 The grandmother of a little boy from Thailand made a fervent request while she lay dying.  “When I come back, I want to be a male.”  When the woman eventually passed away, her daughter-in-law took some white paste and drew a broad line on the back of the deceased woman’s neck in hopes that one day she would be identified in her next life.

The little boy, named Cloy was born just a few years after his grandmother’s passing. Clearly noticeable at his birth was a white line on the back of his neck, as if someone had drawn it directly onto his skin.

As he got older and could communicate, he began to state emphatically that he is his grandmother!  His adamancy grew, even to the point where he exclaimed that the rice field which his grandmother once owned belonged to him!

In some Asian countries, there is a common practice that involves marking the deceased with ash or paste so that when the soul is reincarnated, the relatives can recognize them from the designated marking.

Although markings (birthmarks) or even deformities of the body are less documented among the cases of past life evidence, they do occur.  The details are still quite nebulous as to where birthmarks originate from, although roughly 80 percent of all babies are born with some sort of mark or discoloration on their body.  Sometimes the marks fade over the years and other times they remain.

In my recent article, The Phenomenon of Animal Reincarnation, I drew from my own personal encounter with what I suspect to be the rebirth of my beloved Persian cat Paws (now Clover Paws), in which the new kitten displayed the same identical birth mark as my former cat.  Both eventually faded over time.  This encounter has inspired me to explore further into perhaps one of the more profound clues as to the validity of reincarnation.

The late Dr. Ian Stevenson, a pioneer in parapsychology research and particularly the study of the past lives of children authored a seminal work which was published in 1993 in an academic journal entitled Birthmarks and Birth Defects Corresponding to Wounds on Deceased Persons.  In it he stated, “Among 895 cases of children who claimed to remember a previous life (or were thought by adults to have had a previous life), birthmarks and/or birth defects attributed to the previous life were reported in 309 (35%) of the subjects. The birthmark or birth defect of the child was said to correspond to a wound (usually fatal) or other mark on the deceased person whose life the child said it remembered.”

Although the aforementioned case of the little boy Cloy whose mark seemed to emanate from his previous life as his grandmother was not the result of a violent infliction of some kind, it still leaves clues as to how the physical remnants of a former incarnation can carry over into the next life.

Still, according to past life research, it appears that many of the documented cases of reincarnation yielding physical marks or scars corresponded with a violent or traumatic account of the reincarnated individual which most often led to his or her death. 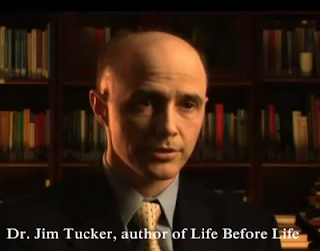 Dr. Jim Tucker, medical director of the Child and Family Psychiatry Clinic and Associate Professor of Psychiatry and Neurobehavioral Medicine at the University of Virginia’s School of Medicine who wrote the book, Life Before Life – Children’s Memories of Previous Lives along with Dr. Stevenson, said “Certainly, I think birthmarks and birth defects argue that there is something that has carried that trauma with it to another life and affected the fetus.”  Tucker’s data indicates that physical trauma in one life can carry over.

Out of 2,500 cases that Tucker studied, roughly 2,000 of them involved cases of traumatic death.  For some reason, the mind seems to have the ability to record and recall, vividly past trauma and inflict it on the new body.  In a strange but not so uncommon correlation, I have read of cases of individuals who encountered violent episodes in their dream states, only to wake up with wounds; scratches and even blood stains that corresponded to the violence encountered in the dream.

In some way, what is intimated here is that the consciousness of the individual has the ability to manifest (or be a conduit for) a physical marking, be it from a previous life or a violent scuffle in the dreamscape!

Can we remember a previous life from our birthmark?

This is a curious phenomenon – that of the origin of birthmarks.  Would it be possible to somehow use our birthmarks as a reference to a possible remembrance of a past life?

Before we rush to answer this question, let us assume that many if not most birthmarks are simply minor anomalies of the skin during the forming and development of the fetus or even resulting from the birthing process itself.  But if you felt somehow more drawn to or simply inquisitive about a particular birthmark you have, perhaps you can divine its meaning and elucidate as to whether this may be a clue as to your previous incarnation on earth.  You might take a photo (or have someone take a photo for you) of the particular mark, print it out and simply meditate on it, recording the visual of the mark in your mind and recalling it up during meditation.  Similarly, you might focus on the image of the mark just prior to falling asleep and request a dream that might leave some clues as to its origin.  Or you could see one of many good past life regression therapists who might suggest working with your birthmark as a focus for hypnosis.  My surmise is that there are quite a few creative options here.

One caveat, however.  Before you embark on such an adventure as discovering your past life, be certain that you want to know the life you previously led.  Curiosity for curiosities sake can often prove to be less desirable than you might have expected.  Obviously make your decision to explore this other life of yours with total responsibility.  On the other hand, if you choose to go forward, you may discover a pertinent clue as to who and what you are today and how to be a better you!  Nonetheless, this is certainly a fascinating subject to explore.

Tucker says, “The explanation for how this carry-over (memory) occurs, largely remains to be elucidated, but in general terms, the ideas that consciousness is not purely a creation of the brain; consciousness can be considered a separate entity from the physical brain and continue on in another life.”

The mysteries of the Universe and of our selves continue...

Read about the amazing story of "Cloy," the past life phenomenon, and birthmarks as well as other compelling accounts to help us understand and transform ourselves in the new bestselling book, Conscious Musings - Contemplations to Transform Life and Realize Potential.  In this powerful volume, we weave together commonalities between human personality, the recognition of past lives, the phenomenon of animal reincarnation, dreams, intuition, synchronicity, life after death/after-death communication and much more! So investigate and explore for yourself and continue on your own Highest Journey!  And remember - The Universe leaves clues - You just have to look! 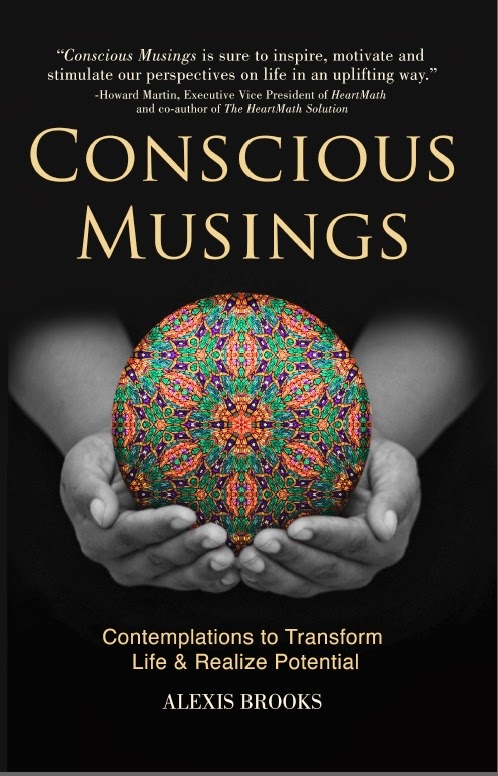 
If you found this subject interesting and would like to continue the conversation, visit us on our Facebook page!

If you enjoyed this article and would like to see the work of Higher Journeys continue, in addition to my broadcast of Conscious Inquiry with Alexis Brooks on CLN, please consider making a small donation today to keep us going!
...thank you!